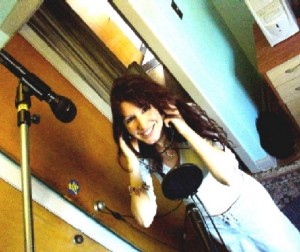 OBJECTIVE:
I am currently seeking musicians, producers and engineers to collaborate with. I am available for studio recording and live performance whether it be for cover songs or original music

Dream Aria released their fourth CD, “On The Other Side”

Judged Karaoke contests at Legends in Mississauga, ON

Recorded vocals for Scotty of the band Gorgon on 2 of his new songs.

Collaborating with new guitarist Andrew Beresowsky  aka Andy Zowsk who also plays violin and sings and is now officially onboard with Dream Aria!

January/07- Sang vocals on Phideaux Xavier’s new track “The Tempest of Mutiny” about the pirate Calico Jack which will be on the “Pirates’ Tales” CD- please visit http://www.cypherarts.com for more info! https://www.youtube.com/watch?v=4BNbdMBn2yQ

2004-present- Appeared in many magazines, on TV, on podcasts, radio shows and more, all related to Dream Aria

March /04 – present- Currently collaborating with Donald Stagg (composer/arranger/keyboardist/lyricist), Garry Flint-drummer of National Velvet (Garry is also a composer/producer/engineer/lyricist/bassist).  With us in the beginning was guitarist/bassist/singer Jozef Pilasanovic. Steve Agelakos was our guitarist for a time, who also played the Oud. Ross Stewart joined in on guitar and back up vocals for a short period as well. Christian Gaarn was our sub-in bassist for a short time as well as Jon Casselman full time for a number of years.  Lonnie Glass played bass on our song “Compassion”. Alberto Suarez played congo on “Compassion”. Thomas Deeks used his vocoder skills on our song “The Healer”. Tim Welch and Mark Crossley of National Velvet played guitar on a number of our CDs as did Kurt Schefter from Alannah Myles. Other guests have been Marc McClay, Mike Phelps, Rob Masiokas and Darrell Flint. Eric Simpson wrote “The Queen of Make Believe” and allowed us to include it on our “Fallen Angel” CD. I contribute lyrics, vocal melodies, vocals and some production ideas. I also came up with the band name. A complete Bio of all the special guests/members and history of the band will be on the official Dream Aria tab on this site, very soon.

October/04- Recorded a jingle for Ron Edwards (singer/producer) in Phoenix, Arizona- “Hidden Lake” and later a jingle for Storybook Gardens with another Ontario Music Producer.

September/04- One True Cause played the Cue Club. Also played at the first annual Coal Flats Blues Festival on the beach near London, ON.

September/04- My cover band One True Cause performed 2 dates at the Fox & Fiddle in Mississauga, ON

May/04- Performed at my high school reunion in Winnipeg, Manitoba at the Dakota Collegiate. Also hosted some of the musical revue put on at the school. Awesome time!

April/04- Rehearsed and performed with Classic Rock cover band ONE TRUE CAUSE.

December/03- Performed back up vocals for local singer/songwriter Meredith Shaw at her CD Release show.

November/03 – January/04- Performed in the House band at the Brunswick House with members of the Alan Frew Band ( formerly with Glass Tiger).

August/00 – September/00- Recorded raw experimental (unfinished) ghost vocal ideas for “Angelica” cd as a favor for a fellow musician/songwriter/producer Daniel Liacos of Tang Lung Productions. We were not able to return to the studio at that time to do final takes and the album was pressed and released without my consent, “as is”. Filmed 3 temporary music videos for 3 songs off the cd. Official videos were never completed. Against my wishes, this music has been circulating on YouTube. I have not been able to have it removed at this point. It was not meant for official release unless it had been properly finished which it never was. If ever a lesson was to be learned in the music business…

1979 – 1983- Performed in Winnipeg Intermediate Orchestra and a String Quartet, Cellist

1992-2000: Vocal Lessons with renowned singer Mitch Seekins, of Toronto, ON

Song of Hope-In Dedication to all of Nature and Wildlife